Login Start Free Trial Are you a business? Click Here 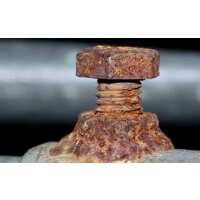 Promain are able to offer a colour matching service for many paints from our range of over 35,000 colours, please call our sales team for further information 01462 421333.

“I used a small tub on rust on my boat, I was impressed on the coverage and the results. So purchased 2 × 2.5 lts”
Helpful Report
Rob W

“Item arrived next day which was excellent. One litre tin went a very long way, over half a tin left. Can't say how the stuff works til I check it when my car goes in for MOT in 6 weeks.”
Helpful Report
Linda M

“easy to use, quick dry, time will tell!”
Helpful Report

Dear gary munn, Thank you for taking the time to leave a review and thank you for choosing Promain.
Visit Promain UK Limited